You are here: Home / Uncategorized / South of the border
By: Brian Brus
Published in: Journal Record 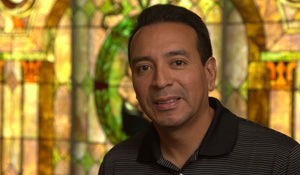 OKLAHOMA CITY – Everest Sciences Corp. executives knew Mexico was a perfect fit for the Tulsa manufacturer’s cooling systems, President Eric Warren said. It just took several years of patience and growing familiarity to break into the market. The wait was worth it: Last year Everest won its first multimillion-dollar contract to supply three of its systems to Pemex, or Petroleos Mexicanos, the state-owned oil and gas company. It started with a trade show.

“That was in 2013, even though we had been thinking about expanding years earlier,” Warren said. “We had to be willing to admit that we did not know that we needed help. … Working with the state Department of Commerce, we saw the opportunity to expand into Mexico, and as a result of experience and networking, we were able to connect with a distributor.

“There’s nothing like going into a country and talking to people face to face. The Commerce Department really helped us overcome that hurdle,” he said.

Improving other companies’ comfort level in deals south of the border is one of the main goals of the department’s webinar Thursday. The state’s international trade representative in Mexico, Luis Domenech, will discuss topics including market trends, entry strategies, and upcoming trade shows. Warren is also scheduled to share his insights on working with Petroleos Mexicanos.

Jesse Garcia, a global trade and investment specialist at the Oklahoma Department of Commerce, said Everest’s initial position is familiar. Oklahoma has plenty of strong businesses headed by capable executives who are primed for international trade but are held back by the anxiety of working with new connections.

According to the U.S. Census Bureau, Mexico is the second-largest market for Oklahoma-produced material. In 2015, the state exported about $1.6 billion to Canada and $566 million to Mexico. Those annual figures have been dropping for the last three years.

To help reverse that trend, the state Commerce Department recently announced it was offering assistance to local businesses with international interests through the Oklahoma STEP Forward Enhancement Fund. The fund is part of the State Trade Expansion Grant Program, an export promotion initiative of matching-fund grants. It pays 75 percent of a company’s expenses to exhibit at designated international shows, said Jennifer Springer, director of global recruitment and trade services at the department.

Warren said face-to-face meetings are vital in developing relationships in Mexico. Everest worked closely with partner Equipos Industriales del Golfo, a leading supplier of equipment and services to Pemex, to secure the contract.

Everest provides solutions for the petroleum, chemical processing, and power generation industries. Everest started shipping its ECOChill hybrid cooling systems to Mexico last year. The equipment is used to cool air pulled into gas turbines, helping natural gas move through a pipeline efficiently when the weather is hot. Warren said Pemex typically needs about two years of meetings to reach a point where officials there will seriously consider buying something, and the request-for-proposals phase can take another year.

“All of this came about from the work we did with the Department of Commerce,” he said. “That really helped.”